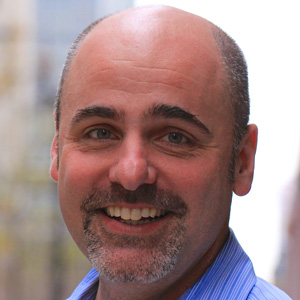 I do lots of things, mostly involving technology, complex systems, and the built world.

I co-founded and am a partner at the strategic urban consultancy Cityfi. We’re in the business of helping cities, metro regions, the private sector, and non-profits figure out how make our urbanizing planet a better place to live and work. Here’s a bit of an intro to why we do what we do.

I serve as a Scholar in Residence at the University of Colorado Denver in the College of Engineering, Design, and Computing where I also teach a graduate course on smart cities.

I am also a co-founder and board chairman of the Colorado Smart Cities Alliance, a co-development laboratory for solving urban problems at the intersection of technology, policy, and design.

I am an advisor to the John Felice Rome Center at Loyola University Chicago and to the company Public Good.

From 2014 to 2016 I led the PositivEnergy Practice, a clean tech systems engineering firm for buildings and cities.

For many years I served as a trustee at the Chicago Architecture Foundation, an organization dedicated to advancing public interest and education in architecture and design.

I served as Mayor Rahm Emanuel’s Chief Technology Officer for the City of Chicago from 2011 to 2013. We accomplished a great deal. The White House honored me as a Champion of Change during my time with the City. For real.

My background is in English literature and interactive design, bedfellows less strange than you might think. I’m interested in language, literature, music, design, architecture, urban planning, mass transit, spaceflight, genealogy, all forms of technology and travel. I have a family of two sons, a daughter, and alovelywife.

Thanks a lot for reading!