Better than “Information Superhighway”, I suppose

Spotted at the St. Petersburg airport. I’d like to say this ad is from 1999, when the term cyberspace at least had a degree of currency. Alas, no. It is new. Someone somewhere thought this was a good idea. Cyberspace. Sheesh! The term was awful even when it didn’t sound dated. 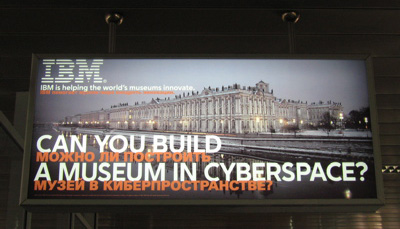 Sidenote: St. P’s airport is called Pulkovo II. Like a sequel. Revenge of the Airport.

One response to “Better than “Information Superhighway”, I suppose”