Another thing we could learn from the Chinese

I’ve been working with the Forbidden City in Beijing for the last three years. It’s been rewarding in many ways (and hopefully will reward you come June), but maybe my favorite thing is how things are named there. I’m not talking about poor English signage, though that always gets a chuckle. I’m referring to the historical practice of naming buildings in a style that is both humorously literal and exaggeratedly fantastic. 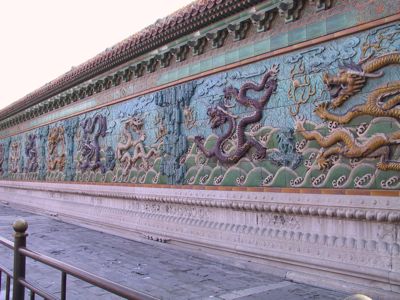 Pavilion of the Three Friends – OK, but which three? You’re immediately interested in knowing what this place is about, aren’t you? The best kind of place name for a museum of similar-looking buildings.

Hall of Mental Cultivation – A center of learning, right? You got mentally cultivated just reading the name of the place.

Palace of Tranquil Longevity – Definitely a better name than Del Webb’s Sun City. When I get old and crotchety, please put me in a palace of tranquil longevity.

But those are just for beginners. Ratcheting it up a notch we have …

Palace for the Establishment of Happiness – In reality, part of Qianlong’s palace-within-a-palace retirement complex. In your mind, so many naughty things.

Pavilion of Literary Profundity – You think “library”, but you think wrong. It is a book repository. And one of my very favorites.

Pavilion of Auspicious Clarity – Here we move into the abstract, the philosophical. You don’t exactly know what the hell auspicious clarity is, but you want it.

The Palace for Gathering Excellence – And this is why the Chinese are unstoppable. They stockpile excellence.

But my hands-down favorite has got to be …

Hill of Piled Elegance – There’s such a surplus of elegance at the Forbidden City that it must be heaped into a garden mound, presumably for later sorting.

So, starting small, I’ve taken to renaming areas of my own home in this style. Here’s a handy chart.

This is bound to pay off. Name important, be important!