Been on a serious Lord of the Rings bender lately as my four-year-old has really taken to the film trilogy. (He can’t read yet. At least not Tolkien.)

The mythos is clearly penetrating my subconscious because the other night I woke up with a single, clear thought — so clear, in fact, that I had to write it down immediately. My insight? The city of Matera, Italy is a real world version of the vertiginous, stacked city of Minas Tirith, capital of Gondor in the Tolkien legendarium. Matera is one of the oldest cities in the world and was one stop on my Italian odyssey last year.

I imagine the two cities all but indistinguishable from street-level, but can you tell which of these is Matera and which Minas Tirith? 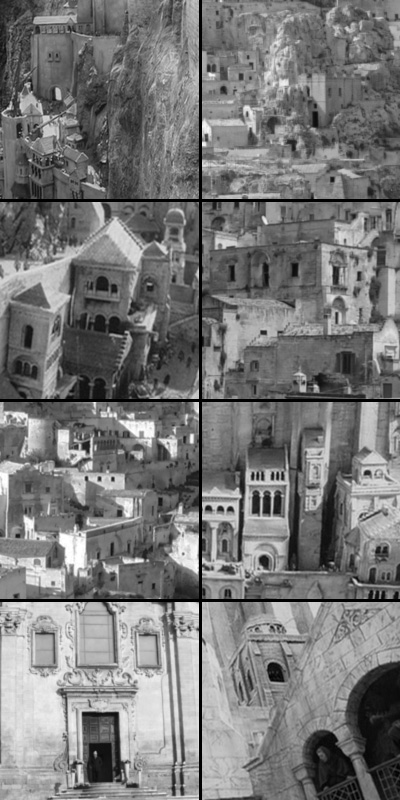 The fictional city was filmed from a very large model. Interestingly, there seems to be a at least a few complete miniatures of Matera.