My Year of the City

If my years had titles, like the Chinese lunar calendar, this would be The Year of the City.

October, 2008: I was in Beijing1 to launch the Virtual Forbidden City, a multi-user 3D world recreation of the famous palace complex. It was the end of many years of immersion in the design of a special kind of city. Seems almost preordained in hindsight, but this was my primer in designing an environment of information atop a traditional “built” environment. A kind of sandboxed proving ground for urban augmentation. 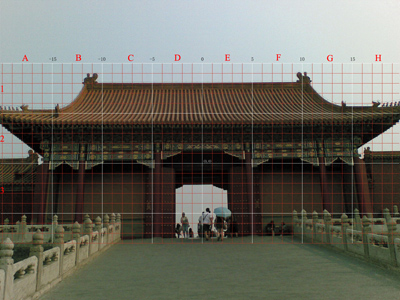 But things were about to change. The economy hit the skids, the US elected a new president, and IBM’s Smarter Planet (and Smarter Cities) strategy was just taking off.

Something else happened at the end of last year. For the first time in history more human beings lived in urban areas than not. (It is a trend with momentum: by 2050 more than 70% of the world’s population will live in metropolitan areas.)2 Recession or not, it was clear that cities were going to be the nodes for effecting the most change — social, economic, and environmental. 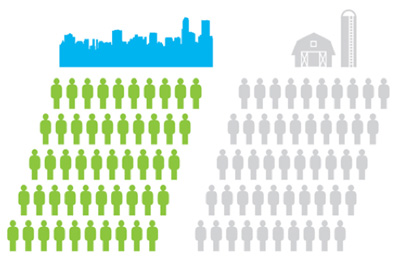 Closer to home, my own city was taking a hard look at itself — both how it had lived up to what it wanted to be and how it could be something different in the future. Fresh from the glow of sending one of our own to the White House (and before that was dimmed by an idiot governor), the city began a year of celebrating the 100th anniversary of The Plan of Chicago by Daniel Burnham and John Root. 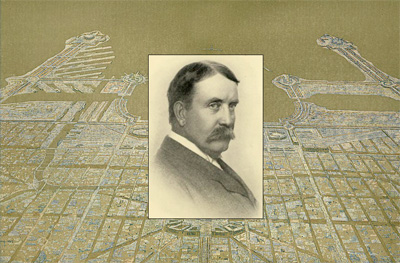 Workshops, concerts, exhibits, tours, dramatizations, even a luminous, gilled pavilion by Zaha Hadid — all commemorations of this seminal document. But the real effect was to focus the city on itself, to look closely, critically, and comparatively at what had been done in a century and what might still be.

Of course, this self-awareness was magnified by the competition for the 2016 Olympic games. Our bid spurred much discussion, much dissent, and not a little hope that we’d be able to add a fifth star to the city flag. The bid book was a vision of a city re-imagined from the lakefront inward, a big plan to stir hearts, our own virtual city.

But it too was forbidden, and the games were awarded to Rio de Janeiro. (Maybe there’s still a chance?)

This has been a professional year of great upheaval for me. Lots of changes, nearly all for the better, at work. But change is change, and it’s been tough to establish new rhythms. Worth it, though, as I’m helming a most fascinating exploration of cities called City Forward. Though it lacks rocket ships, it may be the most perfect merger of personal passion and professional pursuit I’ve yet experienced. (Psst, Mayor Daley: spaceport on the lake!)

The pace is set now. I’ve spoken at some great conferences, and I’m gearing up to bring it full circle as part of the Bold Plans For the Next 100 Years panel at the Chicago Humanities Festival: Burnham Centennial Program on Nov. 14. (Looking forward to City Camp in Chicago and a possible panel at SXSW too.)

So if you’re urban-averse, like huge cars and suburban commutes, or otherwise think the metropolis is an earthly hell, fair warning. There’s gonna be a lot of city talk in this neighborhood in the coming year.

1 My last trip out of the country and the first time in a decade that I’ve been so domestic. Dopplr mocks me.