In 2007, as my parents and I were exploring the area around my family’s home town in southern Italy, we drove through an ominous stretch of landscape. It was Illinois farmland meets Mauna Loa, cropland burning as neat lines of flame munched what remained of threshed wheat into soil-enriching ash. 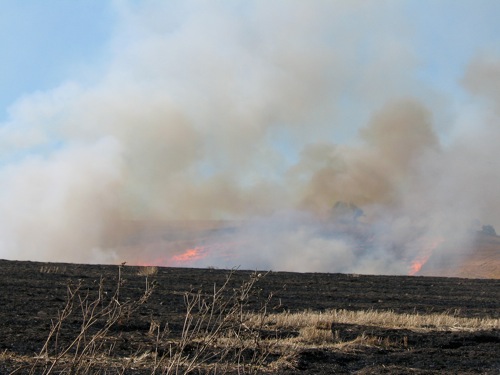 It’s an image that stuck with me, reminding me of the controlled burns my family does to its prairie in Galena, IL and adding an eerie atmosphere to what might be my favorite photo of the volcano Vulture on whose slope our ancestral village sits.

Turns out a minor culinary trend has been sparked by what we saw. La Cucina Italiana recently featured the pasta possibilities from Grano arso (“burnt grain”), specifically from Puglia (just north of where we were in Italy). It’s basically toasted wheat, but the explanation of the tradition is fascinating. It’s said that “burnt” pasta dates to a time when land-owning nobility would allow peasants to scour the fields after a wheat harvest (and burn-down). Blackened grains would be collected for a literal poor-man’s pasta. Alternate versions of the origin of this pasta state that poor workers would sweep up the milling room floor for crumbs, toasting what they gathered, or simply take the remaining burnt flour from the decks of bread ovens. 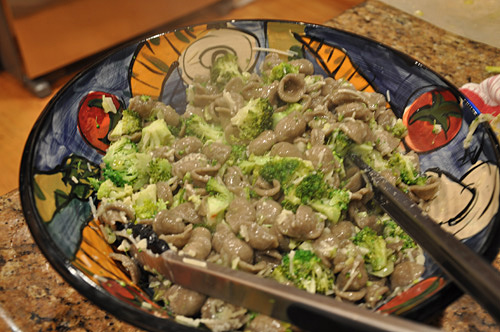 If you’re hardcore and want to scorch your own wheat for pasta-making, I applaud you. We did not do that, as at least one importer sells it.

The taste? Imagine an al dente version of a nicely toasted pizza crust. Yummy. We made an incredibly simple dish from it — essentially orecchiette, broccoli, pepperoncini, and garlic — and it was a flavor-bomb. (Here’s the recipe we used.)