Notes on a “smart” tour of Italy 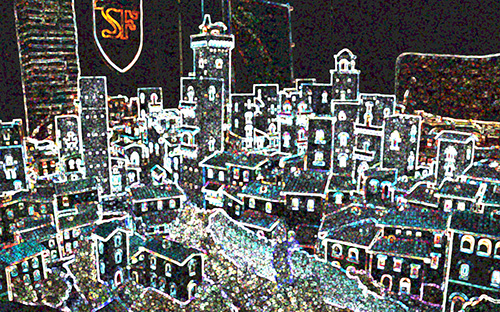 I’m recently back from a short tour of Italian cities — Milan, Turin, Rome and Florence — where I met with entrepreneurs, company leaders, academics, and government officials on the topic of “smart cities”.

The term “smart city” has received some cogent criticism of late. (See Greenfield and Townsend.) It’s a marketing buzzword that’s become a policymaker catchphrase and, at least in the United States, is met with whatever just precedes skepticism. But elsewhere in the world, the phrase seems earlier in the hype curve. The overwhelming sense I got in Italy is that “smart city” means everything — or possibly nothing — and is code for “what does technology mean for making our cities better?”

The simplest way I heard that question put was by an editor of La Stampa newspaper who noted that when the iPhone came out no one knew what “smartphone” meant. But now, as he said, everyone understands the difference between a feature phone and a smartphone. The implication was: when will we all have a common understanding of the “smart city”? Many city leaders wonder the same thing. I recently had a minister of a country ask me what software needed installing “to get a smart city”. /facepalm

Before attempting an answer at that let’s situate back in Italy. Italian cities are relative latecomers to the the open data/smart city/networked urbanism world. While European cities like Copenhagen, London and Barcelona race ahead it seems that Italian cities are only just embracing the concept. Many reasons were offered to rationalize this while I was there.

The first impediment, an entrenched bureaucracy with zero motivation to change the status quo, was the most common complaint, though I often thought of my own city — and its legacy of machine politics — as one example where the chief executive, in this case our mayor, confronted that bureaucracy head-on and was able to relatively painlessly make open government and nimble IT standard operating procedure within city government.

Leadership, especially at the municipal level where the reality of life is at its most immediate and the buck cannot be passed to a “lower” level of government, is absolutely critical. I saw this in a few cases in Italy. Mayor Piero Fassino of Turin seems to get it. Turin, like Chicago, was a town made prosperous through much of the 20th century by manufacturing. With its reliance on the automotive industry and the pressures of globalization Turin struggles, like Detroit, with market diversification and the cultural warping brought about by the primacy of the automobile.

But Turin seems to have turned it around. Downtown is as lovely as the pedestrian-friendly city centers of other Italian cities, finally, and their industrial base has turned their manufacturing excellence into an asset for branching into other fields beyond automotive. (In fact, the governor of Michigan was in Turin when I was there to figure out just how they’ve pulled it off.) Like Mayor Emanuel in Chicago, Mayor Fassino is a strong, nationally-known political leader who served in the central government for many years. His ties to the Italian parliament but singular focus on Turin has given rise to the most comprehensive smart city plan in Italy.

So, yes, leadership is key. But this is not a particularly useful insight. The question is: why are Italian leaders averse to embracing technology in the way that their other European peers do? What I heard, obliquely, is that the system is set up such that leaders endeavor to please their party rather than the civic populace. But how does this not characterize most political systems, the US very much not excepted?

The difference, I think, is a lack of critical pressure from outside of government. While I met with many civic innovators, activists and hackers, the groups seemed fragmentary — or, rather, without a real center of gravity. That center elsewhere in the West is almost always a fecund resource for building things, a ready supply of raw material — and it is almost always open, machine-readable, frequently-updated data about how cities are being used. The open data movement is nascent in Italy and this too is something that can really only be changed through political will and policy change. It’s the catalyst, the platform, for any smart city.

I also got an earful about the twin red herrings of open government: “What about privacy?” and “Won’t giving people data about the city create too much expectation for more?” These are both commonplace reactions and litmus tests for the fear attendant in political cultures who believe that information is the government’s to control, rather than the people’s to own. It is, after all, city-dwellers using the city that generates — and pays for — the data.

Privacy, obviously, is paramount — moreso in a world after Edward Snowden and revelations about the NSA. But Italy seems to have a handle on this, at least legislatively. One example: It’s been a few years since I was last in the country and I was struck by the amount of signage very forthrightly delineating areas of video surveillance. It’s actually somewhat gaudy, but all the signage suggests a culture at least activated about the implication of technology on privacy. If government can be proactive about alerting people to surveillance surely they can be thorough about protecting privacy in open data releases, the vast majority of which contains no personally identifying information whatsoever. 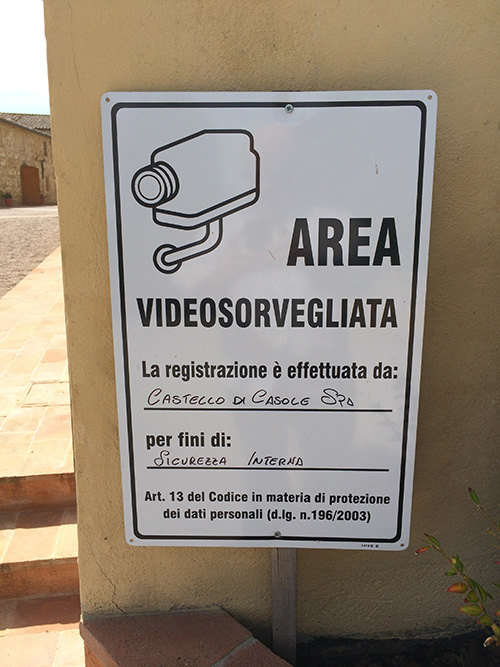 Challenges aside, Italy actually has much going for it. Culturally there’s a strong foundation for smart urbanism.

Italy basically invented urban planning, the architecture-like approach to city-scale layout that is at least nominally at the heart of urban planning today. Pienza, perched hill-top in Tuscany, is credited as the birthplace of Renaissance Urbanism and even today evokes a kind of civic intelligence that should be instructive as we move into overlaying networks on public space. There’s no reason Italy shouldn’t feel more than normally motivated to claim first place in smart urban design through technology.

Even when not centrally planned, the very age and unplannedness of Italy’s city centers lays out a path for smart urbanism. Narrow, labyrinthine streets may confound mapmakers, but they are the very essence of complete streets — a concept Italy has embraced since before it was a transportation engineer’s meme. Cities in Italian cores are open in a way that the “smart city” idea of openness ought to emulate. Americans may hate them, but the ZTL (Zona a Traffico Limitato) is a model for how municipal governments should treat the entire public way: access for everyone, including its non-physical vital signs like data.

Italy understands the power of design, period. And has built a global brand on it. Fashion is what’s most known, but let’s not forget the Renaissance and automobiles and the overall savoir faire of Italians in general. There’s no more ripe space to apply this distinct global advantage than in the service of Italian cities.

Italians love mobility. They may not have been the first in Europe with high-speed rail (though the Frecciarossa is pretty great), but who can deny that the culture of scooters and mobile phones — the latter of which was far more ubiquitous far earlier than any country I’ve ever known — doesn’t point to a citizenry ready for decentralized, data-informed urban life?

Italy perfected the city-state after Greek models and, as of the first of this year, the country is moving towards governance models that recognize the power of metropolitan regions at scale. The Città metropolitana changes to the Italian constitution amalgamate regional governance into 10 (possibly 14) conurbations. This bodes well for smart cities, since such are built on standards and interoperability between all players.

Opportunities are plentiful for smart cities specific to Italy:

When I worked for the City of Chicago we never used the phrase “smart city”. As an abstract concept, it just wasn’t part of our day-to-day work. For one, cities can do smart things wholly apart from technology. “Open government,” “civic innovation,” even “networked urbanism” were what we called what we did, when we called it anything at all.

I was pressed in Italy to define “smart city” and the answer is that cities have always been smart. They are one of humanity’s greatest inventions. Italy especially has good examples of well-wrought, thoughtful urban experiences.

But the actual term of course has a valence today apart from this. Smart cities build upon the density, diversity, and proximity that characterize all great cities through sophisticated mechanisms of listening to their own vital signs. “Smart” here is self-awareness — whether through advanced, open sensors, policies of open data, or systems for citizen engagement. Feedback loops, abetted by technology, at hyperlocal resolution and close to real-time are the agents of diagnosis and change for the smart city.

Italy can make the leap — and in fact can capitalize on what has made it a center of urban innovation historically: design skill, organic urbanism, hyper-mobililty, and metro regional governance. “Smart” or not, it’s time to upgrade that urban feature phone.