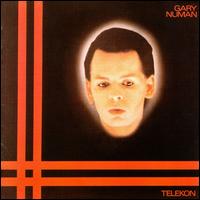 It’s the plight of the comeback musician who’s trying to do more than just cash in on old material. The new music is what motivates the artist personally, but it is the old stuff that fills the clubs and pays the bills. Gary Numan, who you might argue established the bridge between a moribund punk scene and new wave, has been back for about a decade. He’s all goth now — dark and Reznory — and he admits that he doesn’t want to play much but his new music. Yet, his fans still crave the old stuff. Not necessarily the hits (Cars, Are ‘Friends’ Electric?), but classics, the music that made synthesizers cool before a single Flock of Seagulls video ruined it all.

Well, Numan thinks he has a solution. He explains the concept of a classic album “mini-tour”:

For quite some time I have been concerned about those fans, most of whom have been with me for many, many years, that would like to see more older songs played live. As you are aware, my own desires have been to play less older stuff as each new album comes along, especially since ’94 when things got much heavier and darker. I have struggled to come up with a solution. One that enables me to continue to play predominantly newer material at the shows and yet doesn’t seem to be ignoring the wishes of those people that are a, not as interested in the newer stuff or b, do like the newer stuff but would still like to hear more older songs. So this is my first attempt at trying to do something that is some kind of a solution.

I think this is a great idea. Four shows only. Non-reworked versions of the original material from the album Telekon. If you’re a long time fan this clearly will give you palpitations of excitement. If you’re a new fan (and in Numan’s case he really does have a lot of ’em, believe it or not) then this is a chance to dial the wayback machine to the left and hear the roots of his current musical incarnation. Either way the shows are going to sell out. And Numan who “hate[s] nostalgia with a passion” can accommodate his fans without giving up the style that keeps him playing.

My bet is that when Numan finally sits down and tries to get the band to play the songs as they were back in 1979-1980-1981 he’ll learn some things too. Diving back that deeply into an old style might not be nostalgic, but I bet it’ll be enlightening. Like meeting a friend years after a falling-out. Only the next new album will tell.

2 Responses to “A game called echo”