Last week I hosted a small delegation from the Palace Museum in Chicago as we head into the final stretch before launching The Forbidden City: Beyond Space and Time project.

We planned a working lunch and had asked the Chinese team what they would be interested in eating. They emphatically requested traditional American fare, specifically Chicago grub. After a little hesitation, we went for it calling on the services of Portillo’s and Giordano’s.

And so, in a scene not so different from me inspecting foreign delicacies at the Night Market in Beijing the Palace Museum team cautiously approached the layout of Italian beef sandwiches, cheeseburgers, hot dogs, pizza and cheesecake. 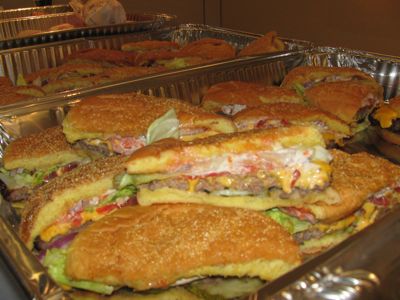 I’m not sure the team enjoyed it, frankly. That much fast food heaped together was a bit nauseating to behold, even for me. Though the room-wide indigestion of the post-lunch meetings did have the salutary effect of not letting anyone drift off to sleep.