Many consider the Daft Punk headlining of Lollapalooza the most amazing arena rock show of 2007. But after tonight I gotta think Justice will one day claim the same title. Crazy Frenchmen. I’ve heard it called it the “French touch” but something’s in the water of Seine because these frogs can seriously rock out. It is 1970’s proto-headbanging in the electronic milieu. Just fantastic.

Here’s a concert-goer from the show. Looks like vector art, but he was human after all. 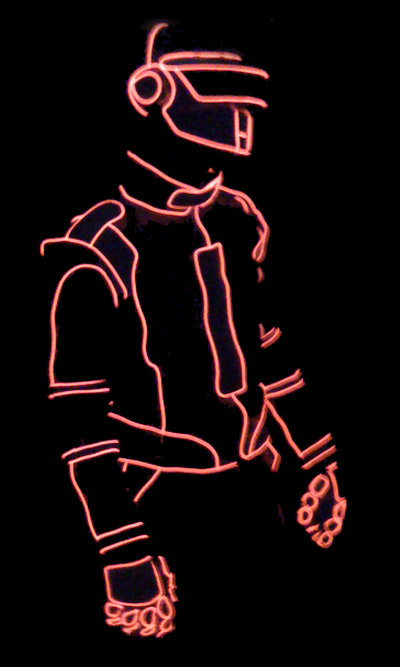 2 Responses to “Do it Justice”