My family and I are leaving Chicago. I’d like to explain. 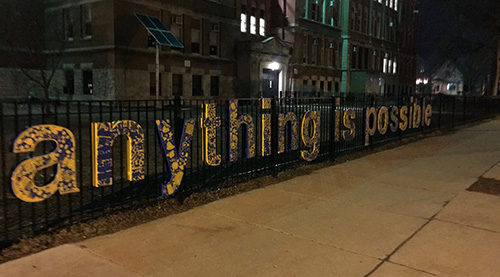 It’s simple: my incredible wife has been given a career opportunity that would be silly to let pass. The details aren’t really important. What is important is that the kids and I would do just about anything to support this woman. She’s on a rocket ship and we’re wired in at mission control.

For those of you who know me, this may come as a bit of a shock. More than a few of the few of you I have delivered this news to in person have expressed that you never thought I would leave Chicago. Well, I never thought I would either. I love this town to my core. I have written about that love over and over, went to work for the City of Chicago to try to make things better, and I’ve helped raise a family here.

But sometimes things change — and you never know what will happen. Back in 2000 when my wife and I were both working in Atlanta — newlywed, post-grad school, the very definition of unencumbered DINKs — unforeseen change also reared up. My wife’s company was being acquired and she was needed in Chicago. Honestly I was a bit worried. Chicago in 2000 was no tech mecca, especially compared to go-go late-90’s Atlanta. I specifically remember a BusinessWeek cover story from that year called “Chicago Blues” about how the town had lost its economic mojo. What, was I going to work for an agribusiness or something?

Obviously we did move and obviously things turned out very positively over the course of the next 16 years. Chicago’s tech bubble burst and then the scene reconstituted itself stronger than ever. I am the happy beneficiary of a move I initially did not want to make.

Oh, right: we’re moving to Denver. It’s gorgeous. It’s thriving. And, while I admit that Denver wasn’t ever on a short short list of cities I’d move to in a heartbeat, after a few visits I have no doubt it’ll be a great place to live.

So much more to say — even more left to do — before we depart this summer. Let’s not be strangers, now or in the future.