An economy of enslavement 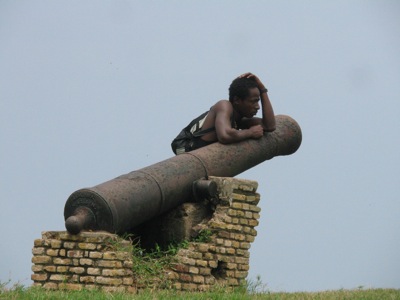 Last year I had the privilege of building the initial website for the National Museum of African American History and Culture, the newest Smithsonian institution on the Mall in DC. It was a period of deep immersion for me in facets of my national history that I had only a survey-level understanding of. I was very much looking forward to visiting the slave castles of Ghana’s coast. 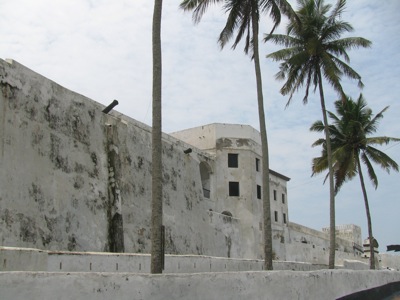 This past weekend we visited Elmina and Cape Coast, the largest transfer points for the Middle Passage of slaves to the Americas by European traders. Both towns feature beautiful white-washed castles that sit atop dungeons of horrific ambience and memory. They held about 2,000 male and female slaves at a time before transfer through “doors of no return” to awaiting ships. 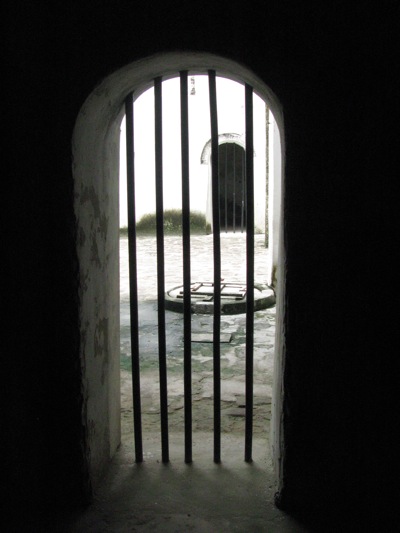 I’ve been in Africa for over two weeks and not once felt self-conscious about my skin color. But inside these castles I couldn’t help but feel like an interloper. No one made me feel this way, to be sure. And I felt no personal guilt: my family came to the US well after the slave trade was abolished. And yet, touring the castle with two African-American couples felt slightly strange, like I was intruding on something sacred. The slave dungeons were full of flowers left by descendants. 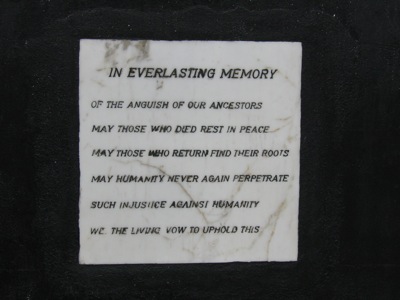 At dinner that night I told Asha that slavery is a source of shame for America (though, I suppose, in truth I was speaking for myself). She added that it is a source of shame for Ghana too. The peoples of Ghana are as implicated in the trade as Europeans of course. White traders didn’t raid the interior of Africa for slaves; captives were traded from rival tribes for weapons, gunpowder, and alcohol. Of all the parties involved in this foul enterprise, only the slaves escape blame. 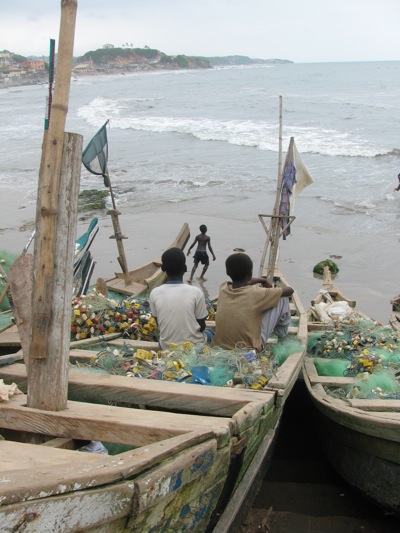 You pass through the Door of No Return in Cape Coast Castle and you’re back in the present. Fishermen mend nets in the shadow of the fort, carrying on the work that existed before the Europeans came. Children look out to sea and frolic in the waves. The past is just a big white building.