How to dump accelerant on the Great Chicago Fire Festival 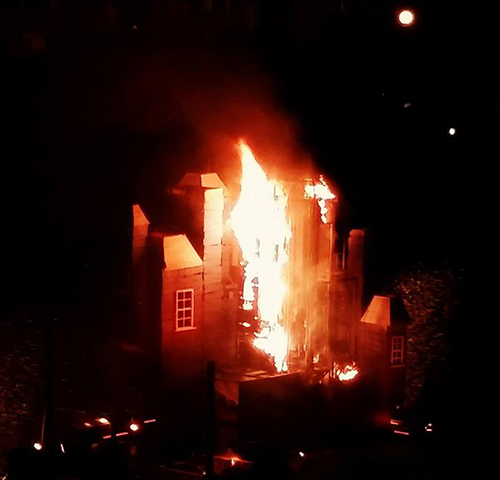 The reports say there were 30,000 people hugging the Chicago River between State and Columbus last night to witness the first ever Great Chicago Fire Festival. That’s a low count and it doesn’t capture at all the sense of anticipation and excitement that suffused the crowd — something I cannot ever remember witnessing in the Loop proper on a (chilly) Saturday night. People were ready and proud to be part of a great spectacle.

This did not happen. Most of the morning-after reviews cite technical glitches in actually getting the floating set pieces to ignite. Social media, of course, was less kind — and funnier — dubbing the event “The Great Chicago Smolder Festival”.

I was disappointed. It’s not easy to haul a family of five into the welter of downtown on a Saturday night. But like everyone else, we had high hopes.

And I still have high hopes. I’m not giving up on this festival — and I hope the City, Redmoon, and the funders behind the event don’t give up either. I want to be excited to take my family to the Loop. I want to celebrate our history with tens of thousands of fellow Chicagoans. I want to see the the river blaze.

Here are a few suggestions on how to make this happen.

So let’s treat this one as a dress rehearsal, come back next year, and really create an inferno.