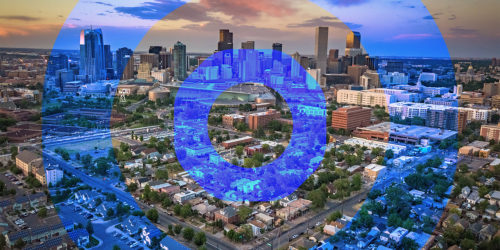 Years ago, when I was just moving into the world of urban technology, I stumbled upon the urban “walkshop” format developed by Adam Greenfield and Nurri Kim (refined and expanded by Mayo Nissen). These walking tours were collaborative, lightly-structured investigations of surveillance and communications machinery sprinkled throughout various cities. Though these walkshops pre-dated what some now call the Internet of Things, there was plenty to look at, especially as cameras trained on the public way proliferated.

Sometime later I helped curate the City of Big Data exhibit at the Chicago Architecture Foundation. Being primarily a touring organization, CAF staged a few walking explorations of the collection, transport, and effects of data throughout the city. I was not involved in the development of this tour, though the idea of an “architecture” tour that took as its subject the hiding-in-plain sight constellation of objects, poles, wires, sensors, and cameras that shape a city’s daily life was never far from my mind.

And so it was that yesterday I led a tour of about 20 people during the Denver Architecture Foundation’s Doors Open Denver, our city’s annual two-day invitation to explore architecture and spaces normally off-limits to the general public. Called Networks of Denver: Evolution of a Smart City, the tour was obviously an outgrowth of my work with CityFi. Less obvious – at least to the folks who took the tour, I hope – is that I still feel like a newcomer to Denver; my naïveté about how things work here still feels like license to be aggressively curious. So we set out for 75 minutes to find evidence of digital technology in our physical, urban surroundings. 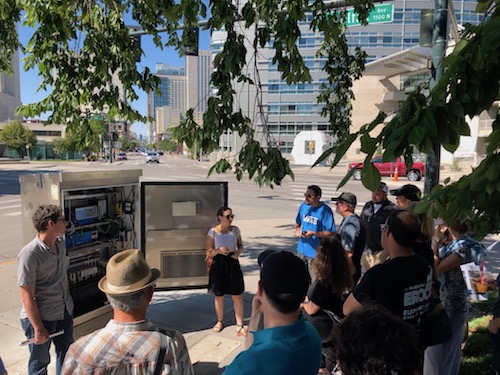 Why do this? Who cares about unseen boxes and invisible wireless fields? The easy answer to the second question is: a surprising number of folks, with varied backgrounds, most of whom had participated in other, more traditional architecture tours during the weekend. (I suspect we could have filled another tour had I offered it twice.)

Back to the why: my sense is that as more and more urban technology crowds onto our streets it has become increasingly difficult to miss. A few years ago you might never have noticed distributed cellular antennas festooning decaying rooftop water tanks, but today the streetscape is cluttered with many more devices much closer to the sidewalk and roadway. Add to that an increasing awareness amongst the general public that technology is changing the way we use cities: red light cameras flash in our faces leaving us to wonder if we’re driving the car it caught; dockless scooters zip us around then lay in ugly piles on curbs; pay-by-cell options mean never having to run out to feed the meter. 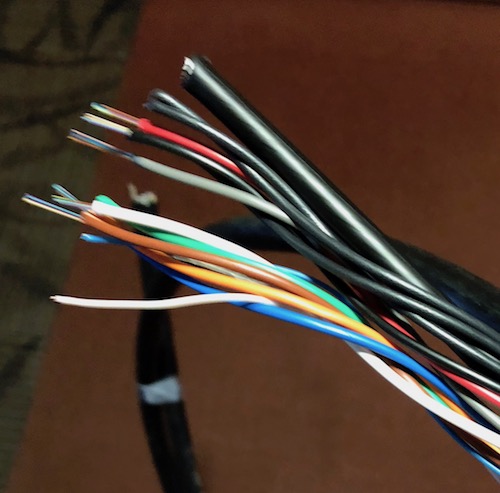 This networked machinery shapes our urban lives. Like brick-and-mortar architecture, the shaping is subtle, often unrealized consciously. Maybe we were given more time to transit the crosswalk because an elderly man was slowly crossing opposite us and a pedestrian video analytics system gave him more time to make it. Maybe you don’t want to picnic in the park because you know the LTE connection there is spotty. Maybe an environmental sensor whose video array is pointed straight up at the sky has informed your hyperlocal weather app which advises you to jump on the bus rather than walk because it knows your few blocks are about to get a sunshower. 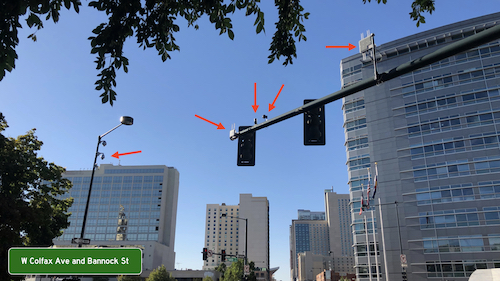 With the able assistance of Emily Silverman and Mike Finochio from the City and County of Denver, we were able to look at some things truly inaccessible to the public, including the inside of a traffic signal control cabinet and the city’s traffic management command center. The latter was especially interesting since it is the main terminus of the information being generated from many of the technologies we saw in the field. These included, but were not limited to: 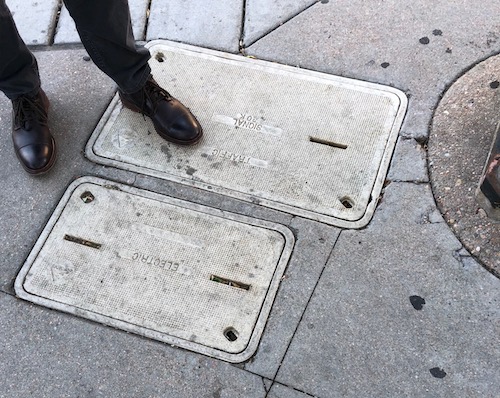 Our discussion of the potential ways that augmented reality could affect the urban realm, for good and for ill, was greatly aided by a five-year-old art/information installation along 14th Street, one of the main corridors we explored. Called the 14th Street Overlay this project has installed antique-looking optical instruments and QR code-enabled placards along the street that attempt to superimpose historical images in situ. How will we behave on sidewalks when we can call up these images on our own devices registered and overlain seemlessly on the physical world? How will that change our sense of place?

We ended our tour looking at two newer and larger installations: a Verizon 5G pole and an information (er, “transit amenity”) kiosk. The thick, towering 5G pole and the number of them required by Verizon and their competitors to blanket the city have lately been a source of some public concern. There was much discussion about the city’s role in making sure such infrastructure blends in to the built environment, either by combining their radios into existing street furniture or requiring that multiple carriers share a common host. 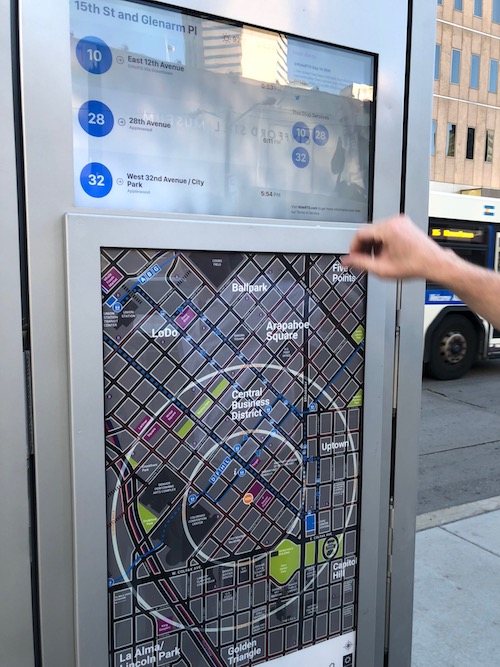 The kiosk was a bit of a disappointment as it is clearly a giant piece of outdoor advertising first, “amenity” second. The public transit information offered is static (i.e., a schedule rather than real-time tracking) and non-interactive. And yet the unit takes up an enormous amount of space on the sidewalk. Apparently most of the inside of the monolith is empty. Most agreed this was a wasted opportunity to do something truly useful in our public way. 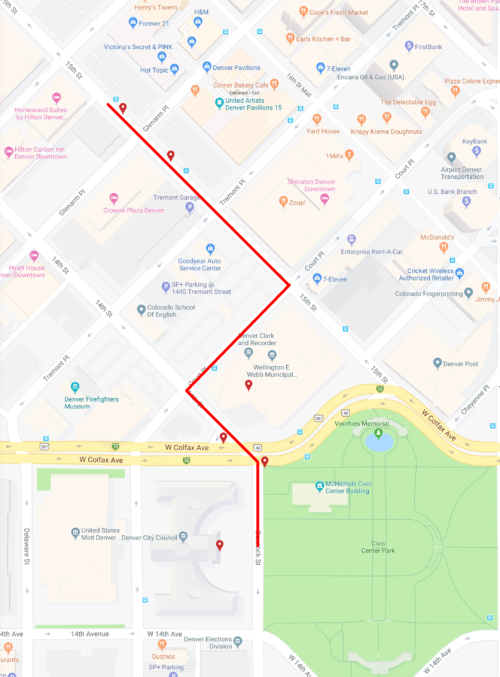 I consider the day a success, as I do the version of the tour I gave to my CU grad student class the evening before. Many of the topics that our exploration prompted were about issues of public versus private control and data (observability versus surveillance), how such instrumented intersections could lead to a real-time urban design, ethical concerns about what happens during the transition phase from unconnected to connected vehicles (“is it wrong to provide information to a subset of motorists?”), and how far the city should go to help the private sector test their wares.

This was only the beginning of the conversation. It’s difficult to unsee all this machinery once you know where it is and what it does. I encourage you to go exploring in your city.

If you’re interested in diving deeper into the world of rarely-noticed technologies that shape our cities, I recommend exploring the work of
Ingrid Burrington, Dan Hill, and, Shannon Mattern (including of course Greenfield and Nissen, linked above).